Can’t please all of the people all of the time, but overall , this country respects and wants good policing.

The public speaks: Cops are trusted

To misquote Mark Twain, it is fair to say that the rumors of the death of trust for law enforcement have been greatly exaggerated.

A recently released Gallup poll shows the Supreme Court, the medical system and Congress lagging behind the police as the most trusted institution in America. Only the military and small businesses are trusted more, with law enforcement ranking third in the poll with 85 percent of respondents saying they personally have a great deal, quite a lot, or some trust in the police. More than church, more than schools, much more than the criminal justice system as a whole, and head and shoulders above reporters and Members of Congress.

The survey results have tremendous implications for police officers and their agencies.

As a person with a significant history in my rear-view mirror, I fully expected that law enforcement would return to days of widespread respect. I observed the return of Vietnam veterans to derision and spite and now see the honor and respect for those in military service (ranked #1 in Gallup’s poll). Similarly, the riotous scenes of the 1960s and ’70s featuring billy clubs and firehoses faded as police professionalism improved, and fear of crime increased in the 1980s and ’90s.

Social trends tend to develop well before they are charted and reported on. This means that trust in police officers is likely on the upswing and has been present and growing since the recent crisis years post-Ferguson.

Police leaders in most communities can be confident that a majority of the residents they serve are supportive. This should give more confidence to police spokespersons to validate that confidence when making statements. Affirming that the community has pride in its police department and that maintaining the high level of trust is a priority can be embedded in interviews and public statements. Taking a positive position and using affirming language should be part of the law enforcement narrative.

ALL POLITICS IS LOCAL

It is interesting to see that the criminal justice system ranks 10th on the Gallup list. It appears that the public is willing to separate the failings of the system as a whole from the actions of individual police officers and agencies. Police spokespersons may want to be careful to distinguish the policing function from the rest of the system and let those associated entities make their own case for public confidence.

Criminologists have long noted that citizens who are concerned about crime are more likely to fear adjoining cities and neighborhoods more than their own. Apparently, we are happy to live with a certain denial of highly personal risk while believing in a more global risk “out there” somewhere. In applying this social phenomenon to our local police and sheriff’s departments, there is no need for local agencies to succumb to more global perceptions of policing when local citizens will express support and appreciation for their own. I’ll never forget riding with St. Louis County Police officers while covering the Ferguson riots of August 2014. An elderly African-American woman flagged over our patrol car, leaned into the window and said, “I want you to know how happy I am that you are here.” The loudest voices are not always the truest voices.

THE CHALLENGE TO THE COURTS AND THE PRESS

As pointed out in a previous article, the media can and should be held accountable for professional missteps. With television news ranked 14th and newspapers ranked 12th on Gallup’s trust list, the public is likely to be willing to listen for gaps in factual and appropriate news coverage when held accountable.

Similarly, with other criminal justice system components struggling with credibility, including recent attention on prisons, the heat of the spotlight might be focused away from policing or at least divided with other controversial parts of the system.

Newsworthy stories about the success of policing are a product of closer scrutiny of officers and agencies. The discovery of many positives, and maybe even the ubiquitous videos of cops dancing, playing hoops and even lip-syncing, may have caught up with citizens’ common sense in accepting the competency of the vast majority of police officers. The challenge is keeping that positivity moving forward.

HAYWARD, Calif. — Rookie CHP officer Andrew Camilleri Sr. had dreamed of wearing the uniform since high school and was working his first Christmas Eve shift, trying to the keep the roads safe from intoxicated drivers. But he couldn’t save himself when, just before midnight, a suspected drunken driver drifted off Interstate 880 and slammed into the back of his patrol car.

The crash crushed the officer’s SUV, injuring Camilleri’s fellow officer Jonathan Velasquez and killing Camilleri as his three children slept at home in Tracy. On Christmas morning, his wife Rosanna was still struggling with how to break the awful news.

“They were going to open their Christmas presents first before Rosanna tells them,” Andrew’s mother, Sharon Camilleri, said through tears Monday morning. 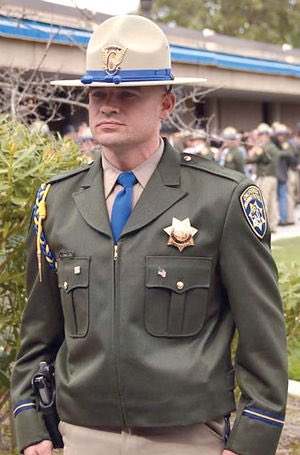 Andrew Camilleri was 33 and had only graduated from the CHP Academy in March, his mother said.

“Today is the tragic loss of one our own, who we will consider a hero now and forever,” CHP Assistant Chief Ernest Sanchez said at a morning news conference.

The officers’ SUV was parked on the shoulder of I-880 near State Highway 92 late Sunday night as they patrolled for dangerous drivers. Camilleri was in the front passenger seat, and Velasquez was behind the wheel. The Cadillac was driving so fast that the impact crushed the SUV into “a very small compact vehicle,” Sanchez said.

Velasquez, another young officer in the Hayward division, suffered minor injuries and was treated and released from Eden Medical Center, Sanchez said. “He will live with this tragedy of his seeing his partner die.”

The CHP on Monday afternoon had yet to disclose the name of the 22-year-old driver who was being treated for serious injuries at a hospital. Officers believe he was under the influence of marijuana and alcohol when he got behind the wheel and headed south on 880. Sanchez said he was coming home from a party, and “obviously had too much to drink and too much to smoke.” The crash was reported shortly before midnight on Sunday.

“Today, I’m not only disappointed but also angered in that I had to notify a mother and three children that their father had (died) at a local hospital after being impacted by a person who chose to drive irresponsibly,” Sanchez said. “That is the message today on Christmas Day: These irresponsible and senseless acts need to stop.”

Camilleri was the latest victim in a growing number of fatal collisions on Bay Area roadways involving drugs or alcohol, Sanchez said. Between 2010 and 2016, the number of fatal crashes in the Bay Area increased 43 percent with speed, unsafe turning, and driving under the influence the top three contributors, according to an analysis by the Metropolitan Transportation Commission.

Earning his badge was a long-time dream for Camilleri, who was part of the CHP’s Explorer Program in high school, his mother said. But it wasn’t one he realized right away — instead he got married and had children, built a career at Clark Pest Control, and put off enrolling in the rigorous 27-week CHP training program.

He finally enrolled in the CHP Academy last year, and graduated March 3. He got a big kick out of the traditional run that marks the event: Graduating cadets run five miles from the academy building in Sacramento to the California Peace Officers’ Memorial across from the Capitol, while their fellow cadets line the route, poised in push-up position.

“I was very proud of him,” Sharon Camilleri said. “Very, very proud.”

The Christmas tragedy was an emotional blow to his fellow officers at the CHP. Camilleri is the second CHP officer to die in the line of duty this year, according to an online database maintained by the California Association of Highway Patrolmen, a union that represents CHP officers. Officer Lucas Forrest Chellew was killed in a crash in February in South Sacramento while pursuing a vehicle.

“Andrew was drawn to this profession due to his courage, his integrity and his desire to serve,” said Capt. Tim Pearson, commander of the CHP’s Hayward division. “The consequences of this action affect the department statewide, but that pales in comparison to what his wife and three children now have to live with.”

Camilleri’s family said he was a “hands-on dedicated father” to his 12-year-old daughter and 6- and 2-year-old sons. He was scheduled to work Christmas Eve and Christmas morning, so the family celebrated on Friday.

On Christmas Eve, his mother Sharon Camilleri was spending the holiday at her sister Michele Speciale’s house in Monterey. At 2 a.m. Christmas morning the phone rang. It was Andrew’s wife, Rosanna. Sharon had to get to the hospital “right now,” Rosanna said. “Something happened to Andrew.”

In shock, Sharon Camilleri and her daughter, 27-year-old Ashley Wharton, jumped in the car and rushed to Hayward. The drive took an hour and a half, and the two women’s minds were racing. Camilleri kept thinking that if they got pulled over for speeding, she’d tell them her son was the CHP officer in the hospital, and they had to get to him.

When they got there, he was already gone. The family is still in shock, Sharon Camilleri said, even though a small part of her had known this day might come.

“It’s always in the back of your mind,” she said, “when you’ve got somebody in law enforcement.”

Las Vegas shooter terrorizes concert goers and the cops do what they do best without fear or hesitation. I will stand to support these officers and all first responders.